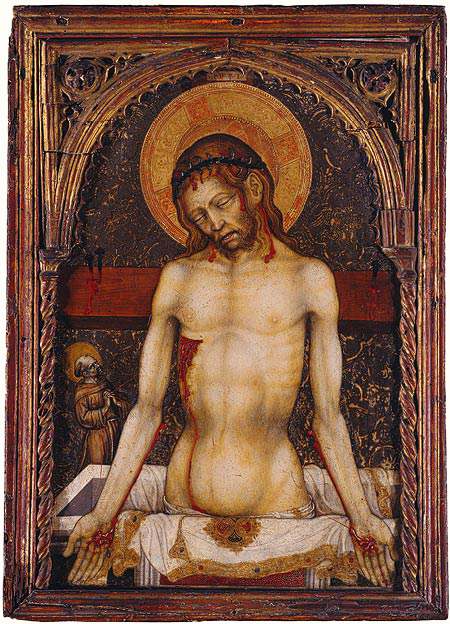 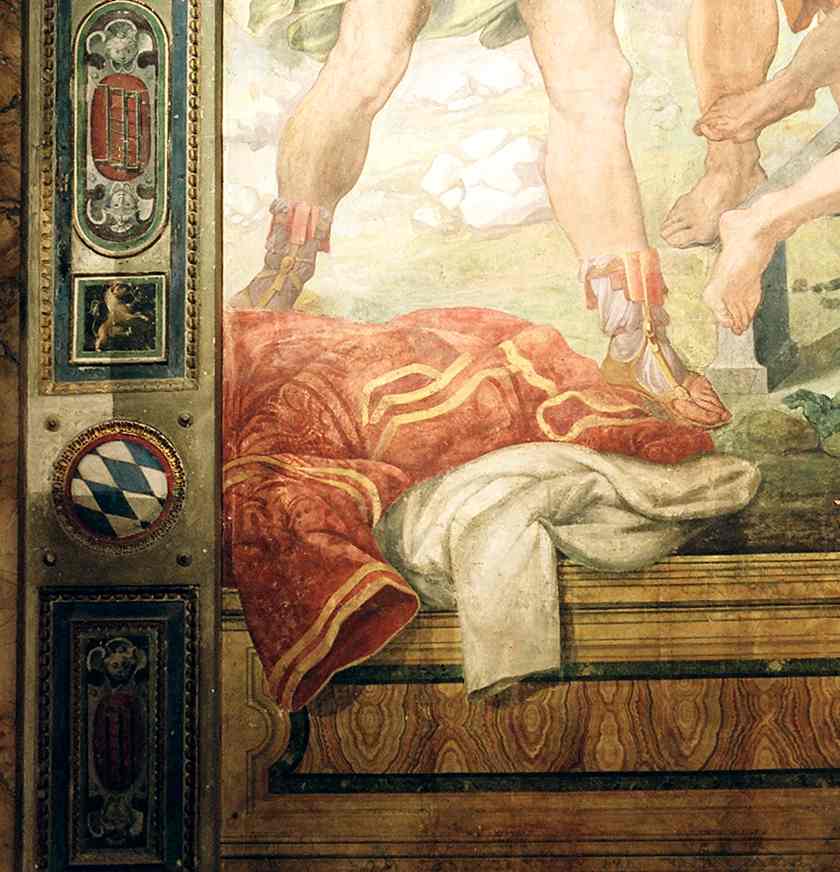 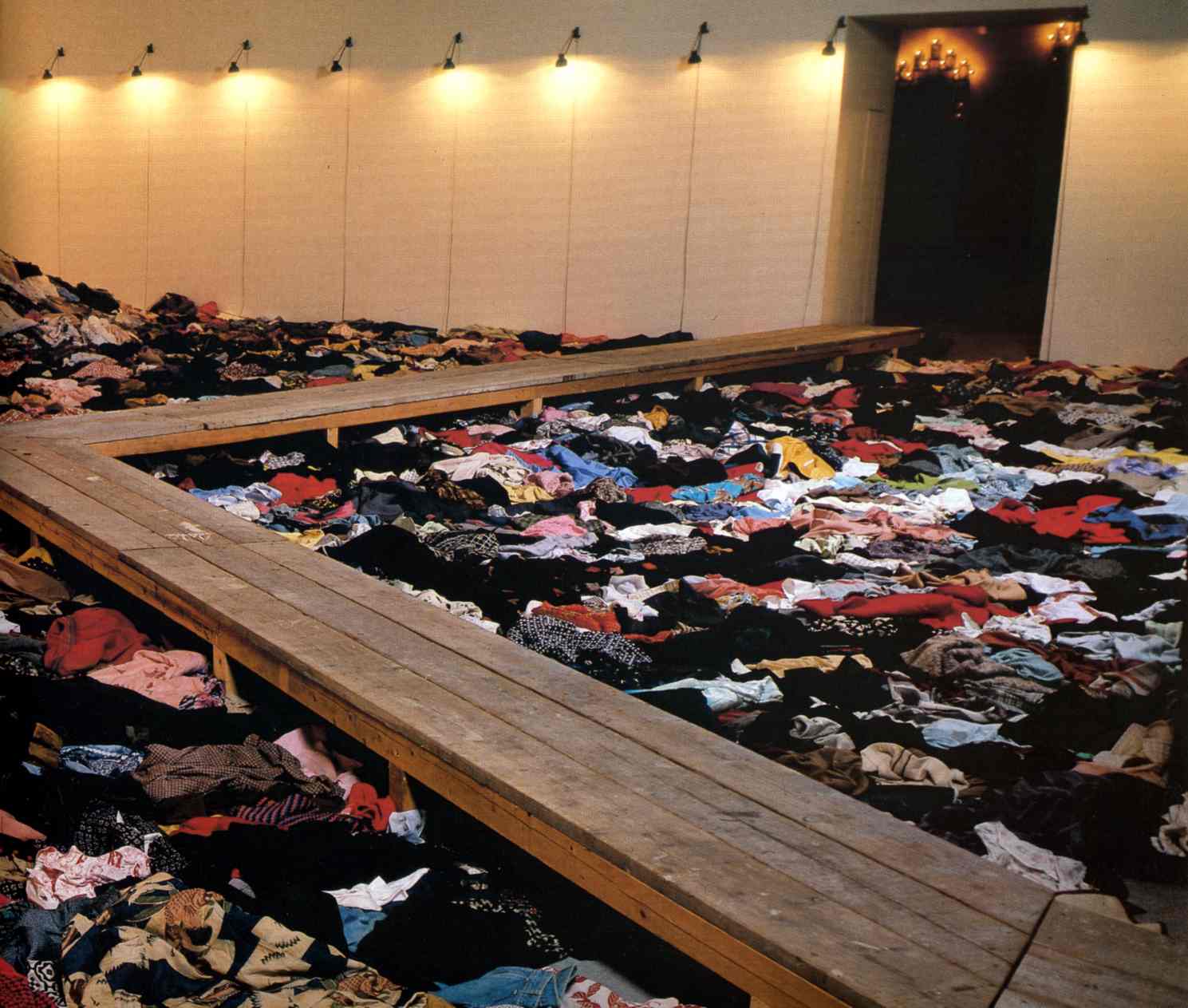 The project starts with recent reflections on the motif of the transparent veil as a principle of aesthetic presence and absence, raised recently to the rank of a textile paradigm creating the early modern definition of the painted image. The aim of this study is, nevertheless, most of all to explore depicted cloths and clothes as autonomous pictorial representatives and replacements for the absent body, beyond opacity and transparence. In this way, removed cloths and clothes presented independently as ‘speaking’ objects within the internal space of the image can also function as pictorial metaphors just as well as the veil, especially in late-medieval and early modern religious visual media, but also – in form of a self-commentary – in the contemporary culture.

The ‘body’ of the depicted textile is a matter of time. The retrospectively ‘acting’ fold gains a status of a remnant that allows us to qualify the image’s content, to discuss its status as media, and at the same time it is still used for delivering a unique and static visual message of what is gone but preserved inside the folded fabric. So, it enables us to reconstruct what is pictorially implicated but is no more visible. The textile fold is therefore an explicitly dialectic and anachronistic value of the image. In this way, in their pictorial status the exposed cloths and especially the cast-off garments are rather to a certain degree similar to imprints, although in an inverted way: they preserve not the negative marking of what has been covered, but rather duplicate its form and dimensions when unfolded and exposed.

Therefore, the very special role of textiles as pictorial motifs comes together with their functioning within various memory codes, primarily because of their distinct physical features that enable us to record a trace visually, store it symbolically, hide it or uncover and reveal it. A garment, cloth, shroud or veil accumulate in them a charge of plastic recall, reminiscence – this role, dating back to antiquity, has become in early modern times a permanent cultural topos, particularly within liturgical representation. What is important, though, is that textiles do not create a lasting, static language. Their physical, elastic properties, which allow us to shape their referential possibilities in a most extraordinarily flexible manner, are associated with the fact that the gradual evolution of their role as visual carriers of meaning has been dynamic and is not entirely definable. On the one hand, the very introduction into a picture of the robe or cloth motif as an element with a separate meaning makes such a visual statement a strictly individual and unrepeatable act that often goes beyond the boundaries of media. On the other hand – and this moment is crucial to the present project – what undergoes reception–related transformations, socioreligious manipulations not less than political manoeuvrings alongside this ‘double flexibility’ of textiles is the memory and primary emotions they authomatically evoke.

The textile as the pictorial representative of the absent body becomes paradigmatic most of all in the case of Christ’s body and its image-making power, e.g. in the case of the sindon and sudarium (the motiv of cloths’ exposition), the empty chlamys on the throne (in the Early-Christian iconography), and also the Christ’s tunica (the problem of the robe’s structure). Therefore, the project explores i.a. the textile metaphor of the vera icon in the process of the body's substitution through traces, the iconic function of Christ’s clothes as well as clothes of his followers (e.g. Saint Francis’ habit) in religious imagery, the pictorial relevance of the institutionalised robes of tortured martyrs in the post-Tridentine ideology, the fundamental textile aspects of the transfigured body of Christ. The initial analysis of the textile metaphors in medieval image theory and liturgy, meant as ‘prospective commemoration’ (Wilhelm Durandus et al.), shall show how the textile medium serves as a means for authenticating the perpetual presence and meaningful visual absence of the Christ’s historical body. The cast-off robes of the first martyrs – presented by means of visual evidence and providing a counterbalance to the ancient toga, which personified pagan philosophy and Roman law – became strictly visual, extra-textual and hence intentionally authentic traces of the continuous communion between the Church as a contemporary institution and the oppressed communitas apostolorum as well as the initiatory ecclesia primitiva.

The above mentioned aspects of the textile such as its mechanical power of reproduction of three-dimensional objects, its indexicality, and its emotional, expressive, and enlivening visual language will be analyzed in case studies comprising works i.a. by Giotto, Giovanni Pisano, Meister Francke, Michele Giambono, Konrad Witz, Botticelli, Alessandro Allori, Pasquale Cati, or Jacopo da Empoli. Moreover, in form of a reflection showing the end of this long-lasting tradition, the project’s investigation will also concern the contemporary discourse on the role of textiles and textile metaphors in art and media with respect to the context of dehumanization (e.g. the installations by Christian Boltanski) and to the loss of the body in the modern technology.