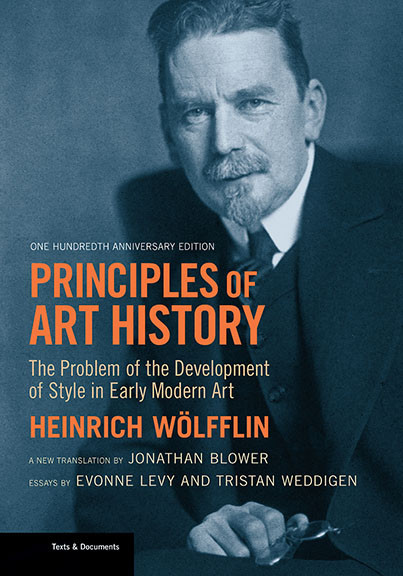 Heinrich Wölfflin, Principles of art history. The problem of the development of style in early modern art

The Global Reception of Heinrich Wölfflin’s Principles of Art History

The Swiss art historian Heinrich Wölfflin’s Kunstgeschichtliche Grundbegriffe, published in 1915, was a publishing sensation. It quickly became part of an educated German’s reading list while constituting as well a crucial entry-point to the discipline for legions of art historians for decades to come. Michael Baxandall and Ernst Kitzinger, to cite just two examples, both recalled that the Grundbegriffe was the first art historical text that caught their attention and excited them about art history. Intensely discussed (and challenged) by art historians of the German-speaking world through World War II, the text (which was widely used in teaching in North America by German émigrés, their students and the students of their students) re-entered the discussion when it was put to use by proponents of the New Art History as something of a scapegoat, a symptom of what was wrong with the discipline. The present project undertook, on the occasion of the 100th anniversary of Wölfflin’s Grundbegriffe, to write a particular version of the history of art history through the worldwide reception, positive and negative, of this well-known and at times quite controversial text. A new English translation of the Kunstgeschichtliche Grundbegriffe, edited by Levy and Weddigen and with a critical introduction by them, came out with Getty Publications in 2015.

While Wölfflin’s Grundbegriffe proposed five pairs of analytic terms for the diagnosis of stylistic change between two historical epochs in the history of European art, the question remains why it is that this text has been so broadly taken up (especially outside of Europe), and how. Who were the champions of this text who saw to its translation and dissemination and who were its opponents? What audiences did it reach and to what uses has it been put, up to today? At times the path of the text can be tracked through an important intermediary, like Wölfflin’s student Hannah Levy who after completing her dissertation on Wölfflin’s work fled Nazi Europe for Brazil where the Grundbegriffe remain a vital tool for architectural historians today. In Argentina Wölfflin’s work was championed by Angel Guido, an architect and architectural historian who first applied the principles to the Colonial baroque. Wölfflin’s pupil Sigfried Giedion was an influential teacher at Harvard’s Graduate School of Design. What was the role of this text, if any, in design schools? Why, though, was this text translated into Japanese in 1936 and into Chinese in 1991? And who is reading it? Is it a conduit for a European art history or is it applied to contexts Wölfflin never dreamed of (he declined an invitation to speak in Japan in the 1930s because he did not believe he could reach his audience.

A cycle of workshops and conferences were organzied by Evonne Levy and Tristan Weddigen, in conjunction with other colleagues and institutions, that explored the multifarious receptions of this book around the world over the last one hundred years. In all of these conferences participants were invited to map out a history of this text that is international, which crosses between the academy and the drawing room and would touch not just art historians and amateurs but the architects and artists who may have been affected by it. Did this text have an effect on abstract art? On architectural modernism? Did Le Corbusier and Mies van der Rohe read the Grundbegriffe? Did the Grundbegriffe work their way into the installation of works of arts in museums?

The editors organized a series of conferences and workshops on the historical contexts and the global reception of the Grundbegriffe.

2015, March 26-28, Annual Meeting of the Renaissance Society of America, Berlin

2012, February 16-17, Zurich University and SIK-ISEA:
Foundations of Art History in Switzerland: from Rahn to Wölfflin

In cooperation with Daniela Mondini and Michael Gnehm, Tristan Weddigen and Evonne Levy organized a conference in Zurich on the Grundbegriffe themselves and their immediate German-language reception. Drawing upon the high level activity in the historiography of the discipline at this particular moment, and with the Wölfflin Nachlass in Basel still rich in unstudied material, the hope is to open the text up to new perspectives, tangencies, impacts than have previously been considered.

The workshop mapped the historiographical approach of Art History in Latin America, and especially in Brazil. The main focus should be the circulation of ideas, their condensation and transformation. This means to consider questions of reception and cultural transfer in a broader context of systems of re-interpretation that are not only important for the debate of artifacts in art historical debates, but also for the theoretical and epistemological discussion. It will be focused on the reception of European art historical paradigms exemplified by Heinrich Wölfflin and his “Grundbegriffe”. The reading of the text by architects, conservators, art historians and their reception will be particularly under scrutiny here. As a regional workshop it would like to join mainly participants from Brazil, Mexico, Peru and Argentine, but also counts on participants from Europe and North America.

The library of the Institute of Art History (UKHIS) aims at collecting all writings by and on Wölfflin, including all editions and translations of the Grundbegriffe. The librarian is grateful for pointing out lacunae to him.