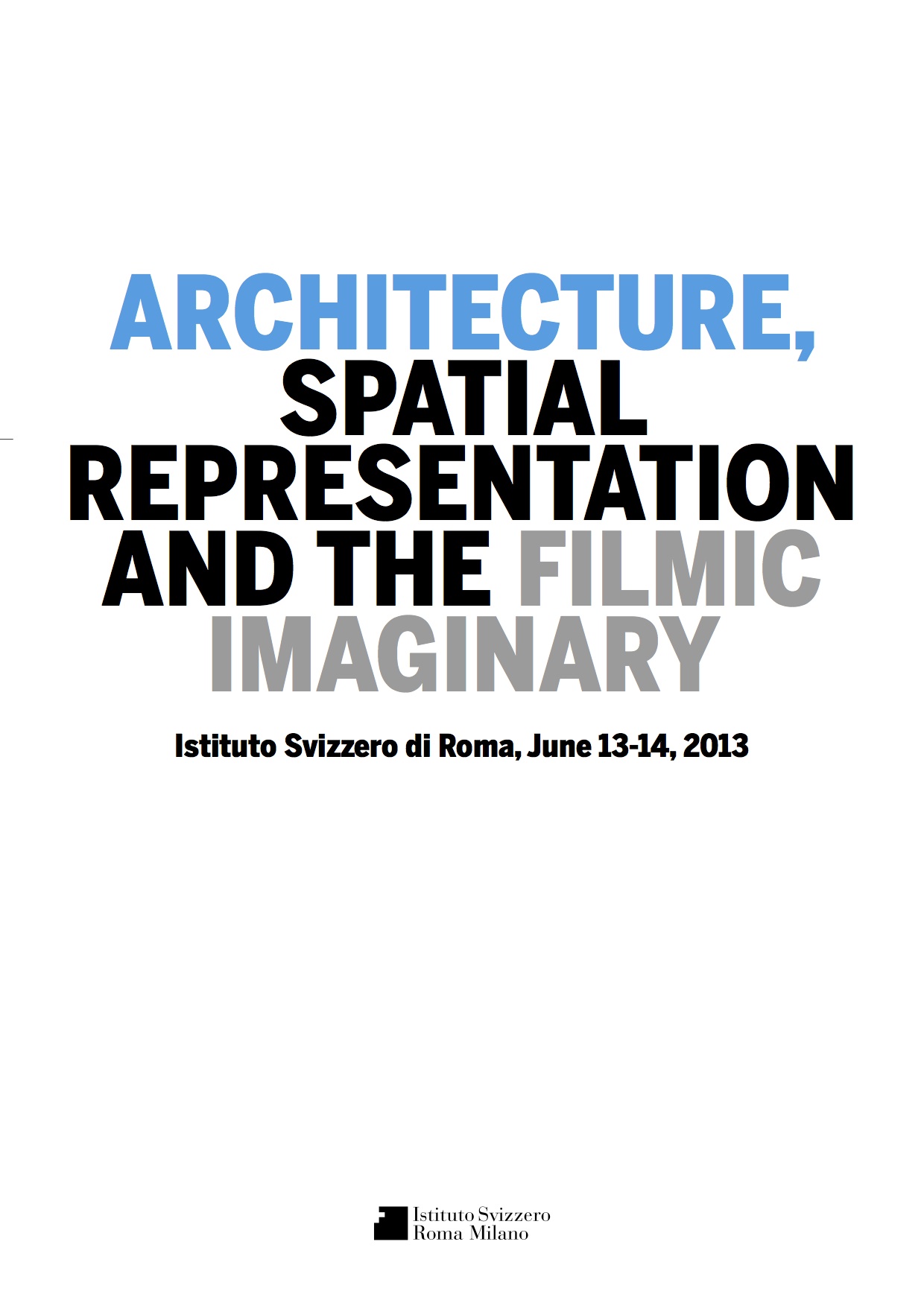 Film, like the metropolis, is a quintessential product of modernity. For this reason, the cinematic representation of modern architecture and urban space have been a key focus from its very origin. Above all, film and architecture share similar practices of the perception and representation of space: both need to be traversed in order to become readable. It was the modern metropolis of the late 19th century that brought into being a spatial dispositif, or device, of the transitory through characteristic typologies such as the arcades, the railway stations, department stores, or exhibition pavilions described by Charles Baudelaire, Walter Benjamin, and others, which made the characteristic flâneur the mediator of a protocinematic gaze. Within this urban setting evolved new viewing machines such as the panopticon, the panorama, and the diorama, all of which may be seen as architectural precursors of cinema. As film scholar Giuliana Bruno has stated in this regard: “By changing the relation between spatial perception and bodily motion, the architecture of transit prepared the ground for the invention of the moving image.” 
 
This two-day symposium explores the complex interrelationship between architecture and film from modernity to the present. 
It brings together scholars and practitioners from the fields of art and architecture, art and architectural history, as well as  film studies, and seeks to bring different perspectives upon the subject into a productive dialogue. Rather than asking for the significance of built space for the cinematic narrative—a subject that has been widely discussed—speakers will address the potential of film and of the moving image as an epistemological tool for the analysis and representation of architecture and space. How has film been used by architects in order to explore and represent spatial qualities, both historically and in the present? In what ways is architectural design informed by filmic imaginaries? What role does film play in architectural and urban research? What qualities of built urban space do artists render visible when turning to the medium of the moving image, and how is this take different from that of static approaches by way of painting, drawing, or photography? Finally, how can space be interpreted from political, economical, and gendered perspectives? These are but a number of questions to be raised and discussed in a series of input lectures and joint discussions. The symposium will open with a keynote lecture by eminent scholar Giuliana Bruno (Harvard University) and a film presentation by the internationally renowned artist Olivo Barbieri, followed by input lectures and presentations by a number of internationally recognized experts in the field.  
 
Program  
 
Thursday, June 13, 2013  
18:00 Welcome - Michele Luminati, Director ISR  
18:15 Opening Remarks - Henri de Riedmatten, ISR and Martino Stierli, Universität Zürich - Keynote Lectures  
18:30 Giuliana Bruno, Harvard University "Surface Tension, Screen Space"  
19:30 Olivo Barbieri, Artist, Carpi (Modena) "Il mondo come installazione temporanea. Site specific_03 13"  
 
Friday, June 14, 2013
09:30 Welcome and Introduction - Martino Stierli, Universität Zürich